J 12 Designs and The Heist Agency work with Budweiser

Budweiser has made a commitment to be intentional with various cultures. They recognize that while they may have one audience nailed down, it is time for one of the leading beer companies in the world to work with all communities.

In the end, it was about more than just beer. It was about lifting up the community — not selling more six packs. Local artists told their stories about car culture in Houston and gave performances during a time where we all just need a break. On a Wednesday night — we slowed down, popped a bud and reminded ourselves to be a king (or a queen).

Here’s how it went down.

Small agencies usually don’t get a chance to work with companies like Budweiser. This is not because Budweiser does not want work with them — the reality is that there are large upfront costs with clients as large as Budweiser that most small agencies can’t cover.

That’s the case – unless there are distinctly different companies like The Heist Agency in Houston. Working with “Heist” allowed J 12 Designs to work on this special project. 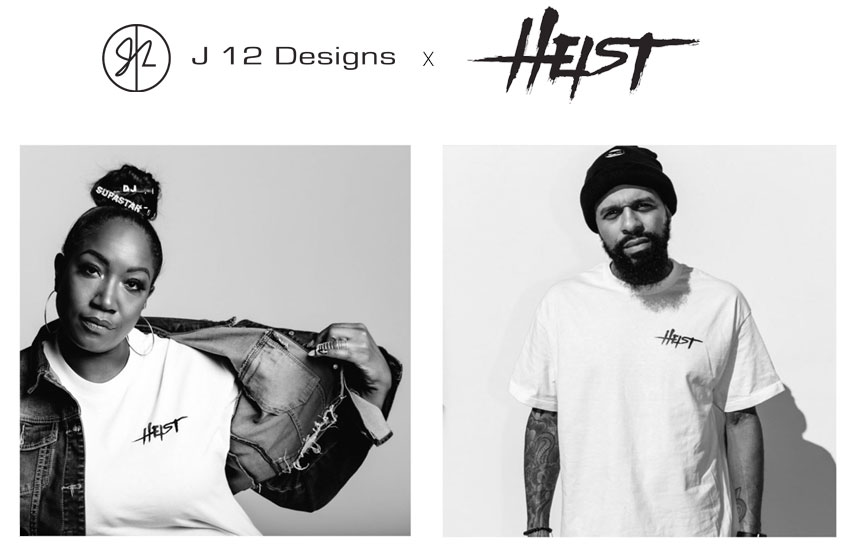 David Anderson I started multiple companies in Houston (2010 Media and 713 VIP). He now leads The Heist Agency, considered one of the top promotional companies in the state of Texas. We worked closely with Lori Spears who is also a trusted manager at J 12 Designs. They called us for this mission critical job. Most businesses call J 12 whether it’s mission critical or mission impossible. This was a project that had zero room for failure. So it fit us perfectly.

Budweiser is presenting a virtual concert highlighting the culture of Houston and showcasing local musical artists. We needed to come up with a concert name and a theme that could have the potential to run into next year. Budweiser had a campaign a while back called “Be A King.” That slogan hit home with the culture of cars and music in Houston. We brought it back and gave it some Texas swagger. 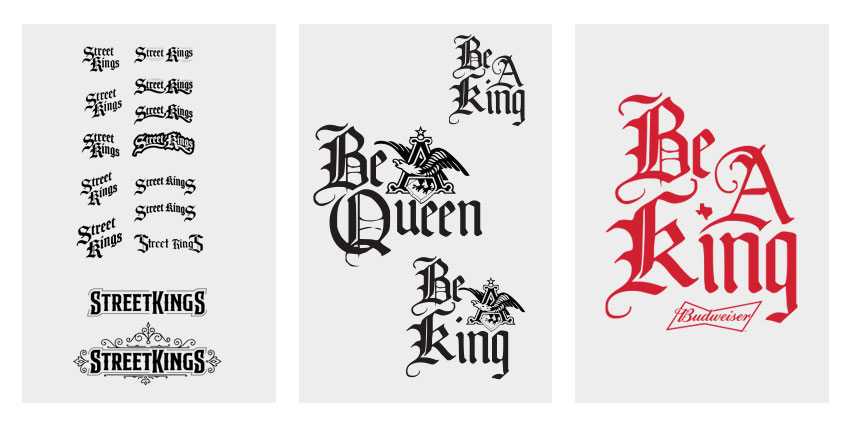 Aside from music, the event would highlight the car culture in Houston. DJ Mr. Rogers who is one of the best DJs on the planet, is a Houston icon who happens to have a love for cars. We came up with an idea to have a curated limited edition gift box that would be themed after the event.

We decided to use the top Houston influencers on social media to promote the event. Each influencer would also receive the gift box full of promotional items to brag about. The musical artists performing curated two of the major pieces in the box. Houston and Texas legend Slim Thug would be joined by LE$ to headline the concert. Slim Thug would design a hoodie and LE$ would help design bluetooth speakers. 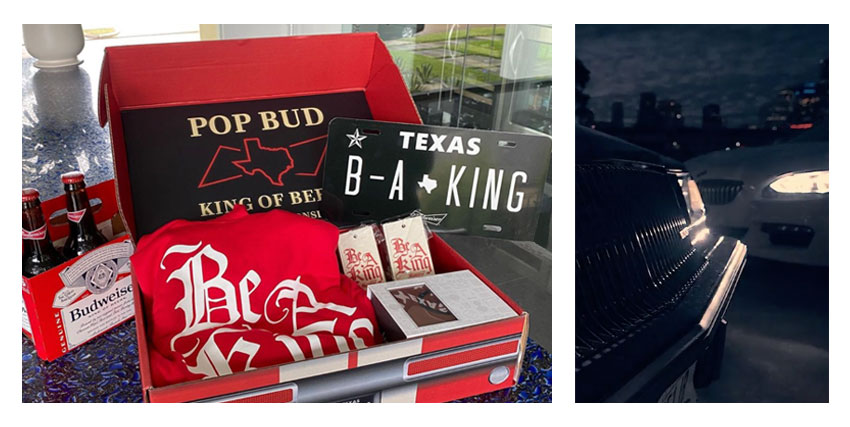 LE$ represents Houston rap with his mellow bars, raspy flow and slowed down beats. He’s a mild-mannered car nerd with a penchant for Japanese culture. We collaborated with him on designing the bluebook speaker. With the Houston love for wood grain wheels, we went with a wood covered box with the concert name and Houston skyline engraved on the side. 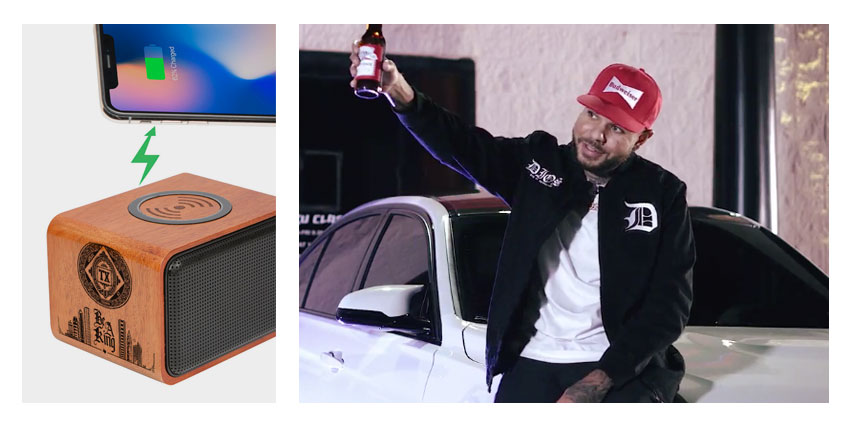 Slim Thug gained mainstream attention for his contribution to the hit single by rapper Mike Jones, “Still Tippin.” He is considered a legend in Texas and a true King and a Boss in Houston. He is also one of my favorite rappers. It was a joy working with him to design the hoodie that would be featured in the giftbox. 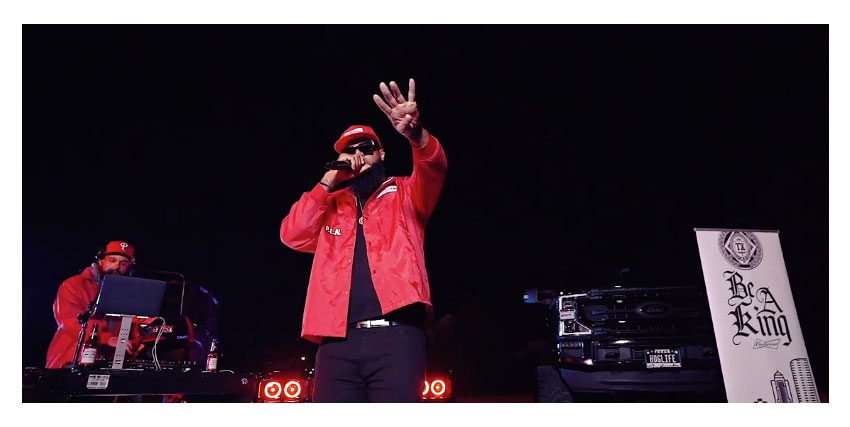 The success of the program allowed Budweiser to have conversations with local leaders to find out how they can have a more of an impact in the Houston community. 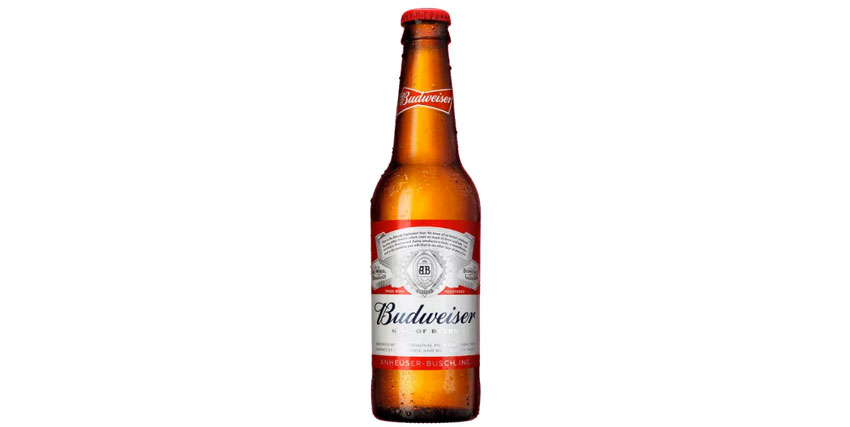