With Hispanic Heritage month coming to a close and the current social climate of the United States, it’s always important to remember the movements that brought about change. This issue is important to me as a Latinx designer. I do not want to forget the struggles that made it possible for me to follow my dreams. 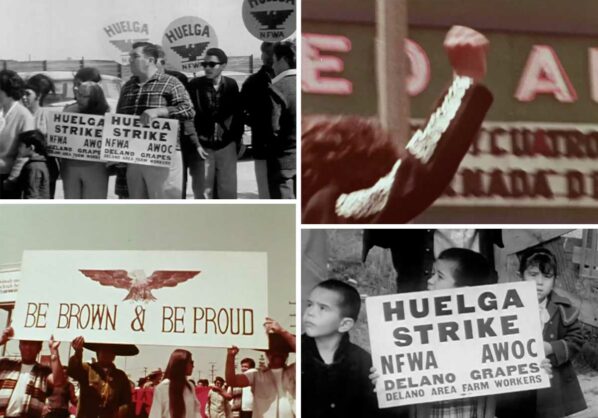 Let me take you back to the 1960s, a decade that was rife with political and social issues. This decade saw the emergence of civil rights, anti-war, labor laws, feminism, and LGBTQ+ movements. One such movement was called
El Movimiento, and was spearheaded by Chicano artists, some of who used printmaking to capture and combat social issues of their time. Chicanos were fighting for better education, labor rights without the fear of deportation, equality, and finding their identity as descendants of immigrants in a new land. Printmaking became the Chicano community’s voice for social reform. 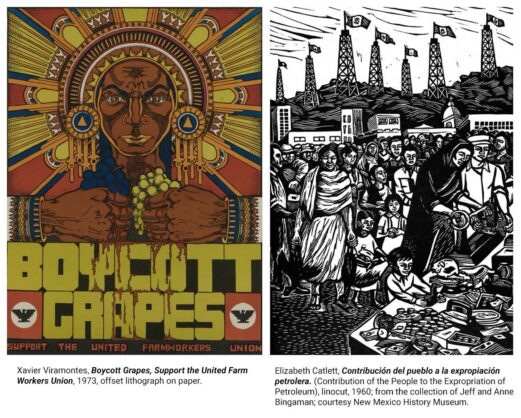 Self Help Graphics was a notable printshop that emerged during El Movimiento. Sister Karen Boccalero and a group of nuns started it on the east side of Los Angeles. Here they received funding from the Arch Dioses. 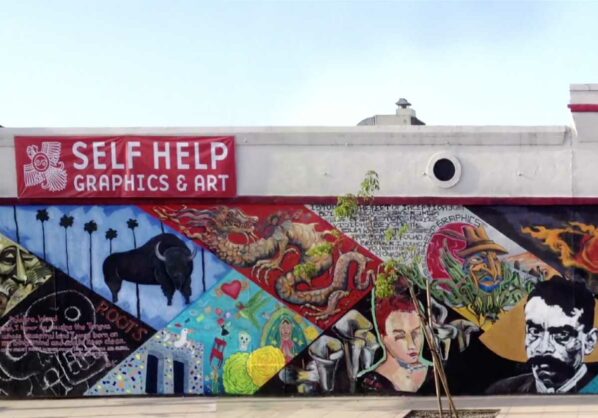 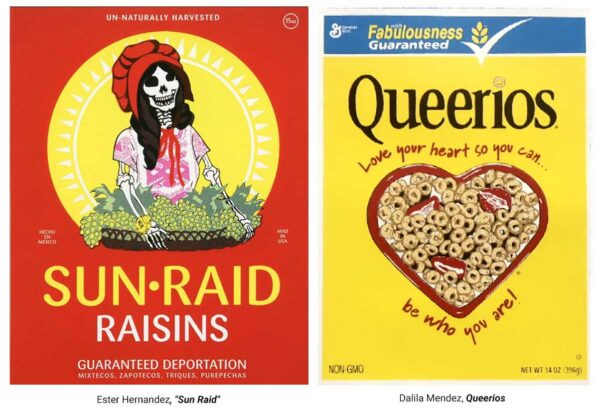 Perhaps the most notable artist to emerge from Self Help Graphics was master printmaker, Richard Duardo. He is considered a printmaking icon in the Chicano community not only because of the prints he produced but because of the valuable mentorship and guidance he gave. He helped guide fellow aspiring Latinx artists such as Lalo Alcaraz and even Cheech Marin.

I highly recommend watching Estampas de la Raza: Contemporary Prints from the Romo Collection, to get a more in-depth look at the prints and stories that were inspired by El Movimiento. 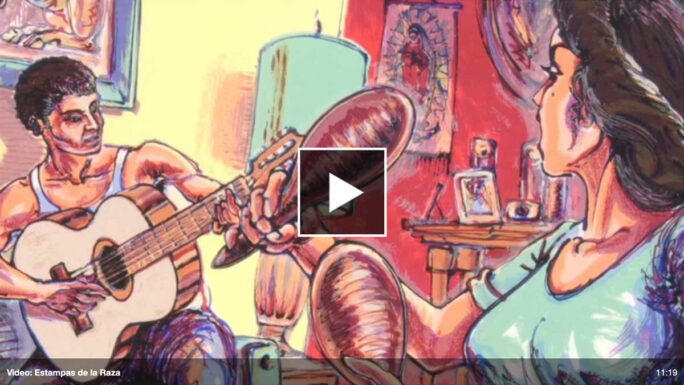